The place for respectful and reverent discussion of Reject drivers and teams, whether profiled or not as yet
Reply

by f1-gast 18 Dec 2012, 23:33
For the lola freeks as me i have some photo's from the team and drivers (about 70+), would love to share them since we all know the only few know pics of the lola mastercard team.
Ive uploaded them and if you found other once please be free to post them !

I want my MTV...Simtek Ford 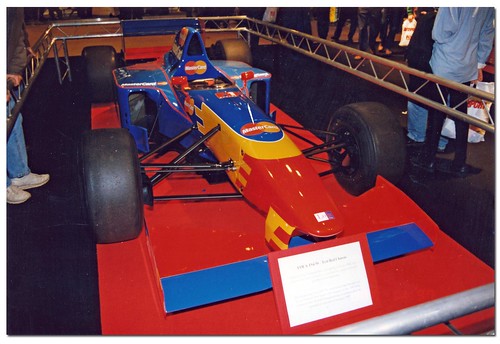 Here it is again

Quite a nice shot
The Iceman Waiteth
What if Kimi Räikkönen hadn't got his chance in 2001?

Sometimes im thinking what if Grand Dad Eric didnt designed the F1 car but someone else ?
Though how old was he there, he probably as one of the designers of the Maya thing

Sometimes im thinking what if Grand Dad Eric didnt designed the F1 car but someone else ?

According to grandprix.com, Chris Murphy did a bit in 1996 before leaving Lola as he didn't think the F1 project would work. The other designers were Liam Maloney, Joanna Moss, and Duncan McRobbie. So perhaps that's another reason they had difficulty, given that none of the people designing it were very experienced F1 designers.
The Iceman Waiteth
What if Kimi Räikkönen hadn't got his chance in 2001?

by dr-baker 08 Apr 2020, 20:41
I was just looking through some old threads and came across this one. Sadly, the link in the first thread appears to be broken.

I was looking forward to seeing these images (again, presumably).

watka wrote:I find it amusing that whilst you're one of the more openly Christian guys here, you are still first and foremost associated with an eye for the ladies!

dinizintheoven wrote:GOOD CHRISTIANS do not go to jail. EVERYONE ON FORMULA ONE REJECTS should be in jail.

Users browsing this forum: No registered users and 1 guest